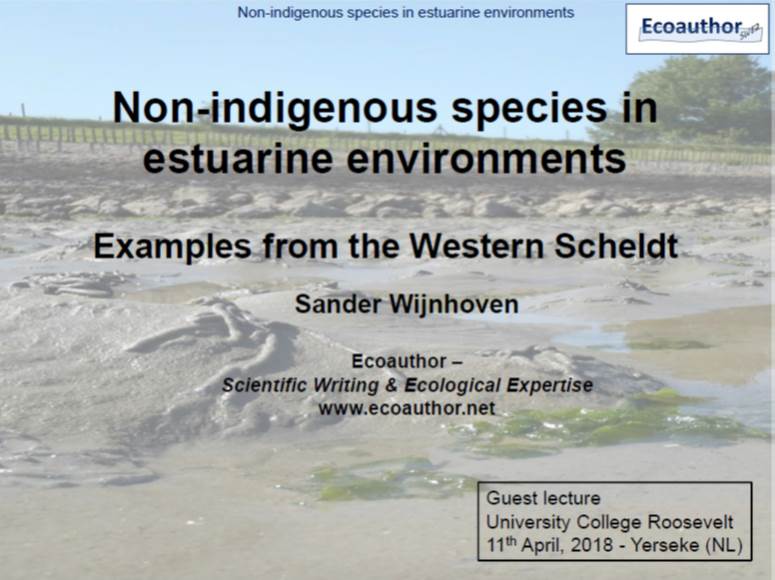 Today I had the opportunity to talk about our research findings on non-indigenous species in estuarine environments and the Western Scheldt in particular, during a guest lecture in the course ‘Marine Biology’ of the University College Roosevelt. For those interested the slides can be found here:  Guest lecture UCR 110418 . Information is largely based on our Transect Monitoring reports (2016-01, 2017-04 coming available soon) and the Overview reporting on exotic species monitoring in the Western Scheldt (2017-01).