The Benthic Indicator Species Index (BISI) is the Dutch national benthos indicator for evaluation of the quality status of the benthic habitats of the North Sea as amongst others in use for Marine Strategy Framework Directive (MSFD) reportings. At the moment an updated version of the BISI is being developed that allows generic application in the international context and/or application in marine waters outside the North Sea. Most important differences with the first version of the BISI are that:

Development in the international context takes place as part of the OSPAR common indicator development process (within the OSPAR Benthic Habitat Experts Group – OBHEG) and the specific aim in the Netherlands is to allow evaluation of marine Habitat Directive habitat (sub)types outside the North Sea as well.

The  updated version of BISI including a complete protocol and examples and results of application in the international context will come available (here) soon.

In the meanwhile an intermediate version of the updated BISI protocol and assessment tool is available here to show the characteristics and potentials of the methodology:

Last February the 8th, a trinational workshop on joint monitoring, evaluation and knowledge exchange concerning the Doggerbank was held in Hamburg. With several participants from Germany and the UK, Ecoauthor represented the Dutch government. Although monitoring programmes in the three countries are quite different, it is clear that cooperation will have benefits for each of the countries. As a first step, benthic monitoring data will be exchanged, and the various indicators in use will be applied on each others datasets. The tuning of evaluations should lead to a joint evaluation of the international Doggerbank region in the near future. Also joint monitoring activities are foreseen. 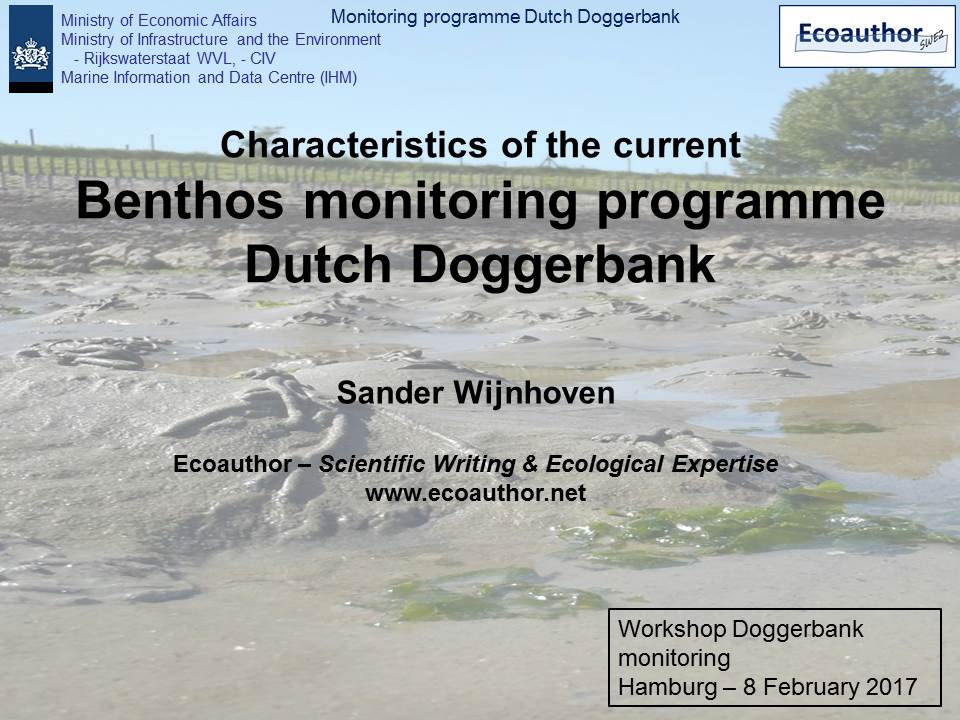